It all began in the library of the LittleDean Guest House on Tuesday 1st October 1957 when 12 men got together.

From there the Club received its Rotary Charter and became official when its Charter Night was held on 28th October 1958 with 29 members attending the dinner.

The first Club President was Percy Dykins of Cinderford.

Since then the Rotary Club of the Royal Forest of Dean has grown from strength to strength and regularly has a strong membership of around 38 members each year.

The Club continues to provide “Service above Self” by contributing to Forest of Dean charities and good causes good and small. In 1959 the foundation stone was laid for the Valley Road Adult Learning Centre, when F.Powell was President. In the early 1960s Cyril Hart was inducted into the Club. Cyril was a major character in the history of the Forest of Dean and you can still visit the arboretum at Speech House which is dedicated to him.

The 1970s and 1980s saw much activity with the Club donating to many charities and starting some large projects such as the Victoria Day Centre. Of particular note during this period was the opening of the Dean Heritage Centre in 1981. The Heritage Centre project was initiated by the Club with members raising funds for the building of the Centre, which was sited on 9 acres of land donated by a Rotarian.

The 1990s provided another active decade for the Club with a flavour of assisting the youth of the day both locally and internationally. Events such as “Kids Out” day trips were organised for local children to venues such as the Cotswold Wildlife park and in the 1195/96 Rotary year the President’s project was a Holiday/Educational Visit of underprivileged children from South Africa. The Club played host for 2 weeks to 7 under privileged children from South Africa who stayed with us, as well as attending local school days and having visits to Alton Towers, Weston Super Mare and London.

From donating modest amounts In the region of £2000 per year to local charities in its early days, the Club now regularly donates in excess of £40,000 a year to local charities. This is mostly due to the Clubs major fundraising activities, the Spring and Autumn half marathons which the Club has been organising and running since 2004.

In 2008 the Club celebrated its 50th Anniversary and continues with the main aim of serving the community.

To this day we continue to donate funds and service to the community we live in. 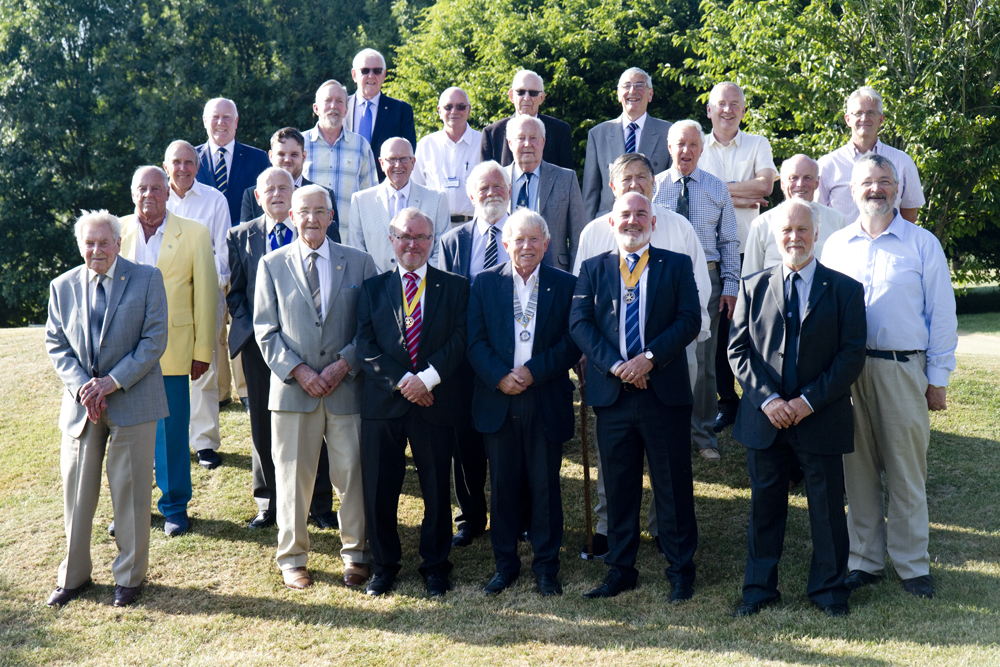